Vuforia can detect words that belong to a pre-defined word list. The SDK provides a list of 100,000 commonly used English words that you can incorporate into your Text Recognition apps. You can also define custom word lists and filters that block words from being recognized.

The Vuforia text recognition engine relies on the UTF-8 character encoding standard and is capable of recognizing any character listed in Characters Supported by Text Recognition.

The Vuforia text recognition engine can recognize text that is printed or rendered in most of the commonly occurring serif and sans serif fonts. The supported text styles include styles that are plain, bold, and italic. The following image shows examples of text styles. 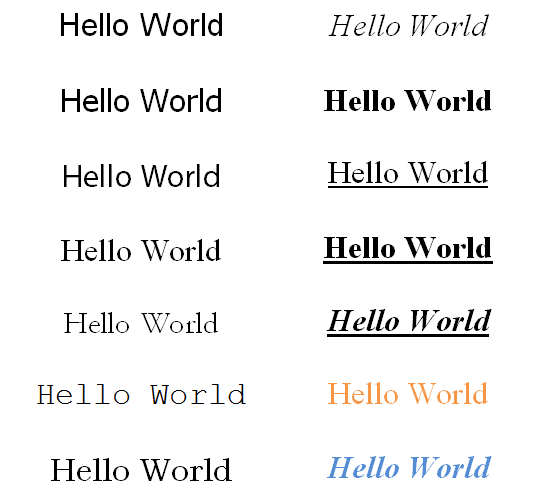 A word list can be loaded from a file and may be extended with additional words that are specific to the application use case.

Word lists represent the base set of words that Vuforia can use as a reference for matching text elements that appear in the camera field-of-view.

Word lists are loaded from a binary file encoded in the Vuforia Word List (VWL) format. A default VWL file contains over 100,000 high-frequency English words and is distributed in a bundle with the Vuforia SDK.

Default and custom word lists can be extended with up to 10,000 additional words, words that typically consist of proper names, brand names, or place names. For example, if our base word list was the entire English dictionary, we could add the words Vuforia and PTC. Add words one-by-one programmatically, or import them from a file.

For a file to add a list of words, the file must be a plain text file and must follow these conventions:

The developer can apply filters to the base set of words to exclude certain words from being detected, or conversely, to ensure that only specific words can be detected. Filters can be specified through the use of the following two elements:

A filter list defines a set of words that the filter is looking for, while the filter mode tells Vuforia how to use those words for purposes of filtering. Specifically, Vuforia defines two filter modes:

A filter list can contain a maximum of 10,000 words and can be loaded from a file. A file containing a filter list is a plain text file and must follow the same conventions as the word list:

For a basic example, assume that a filter list contains the words cat and zebra, while the word list contains only the following five words:

By applying a black-list filter mode with such a filter list, Vuforia can detect only the words dog, fish and lion, which are all the words in our initial word list, but the words cat and zebra have been excluded.

If you use the same filter list but with a white-list filter mode applied, you allow Vuforia to detect only the words cat and zebra, which are the only words that appear in both the filter list and in the word list.

The Text Recognition sample is in the Core Features samples project for each SDK version.

If you are building a text recognition application, consider the following suggestions:

How To Add Word Lists to an App 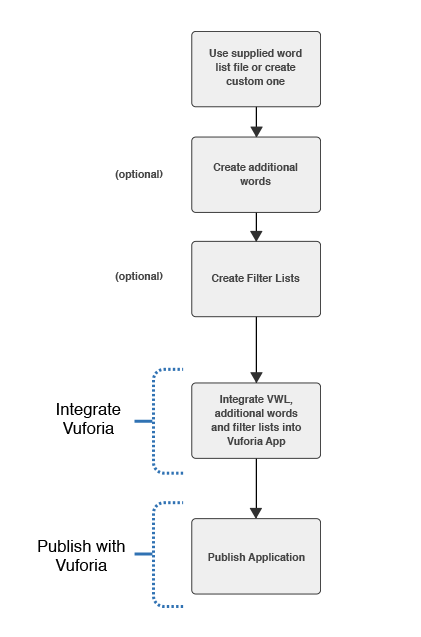 The Vuforia text recognition engine words and wordlists should utilize the UTF-8 character encoding standard and the following characters. 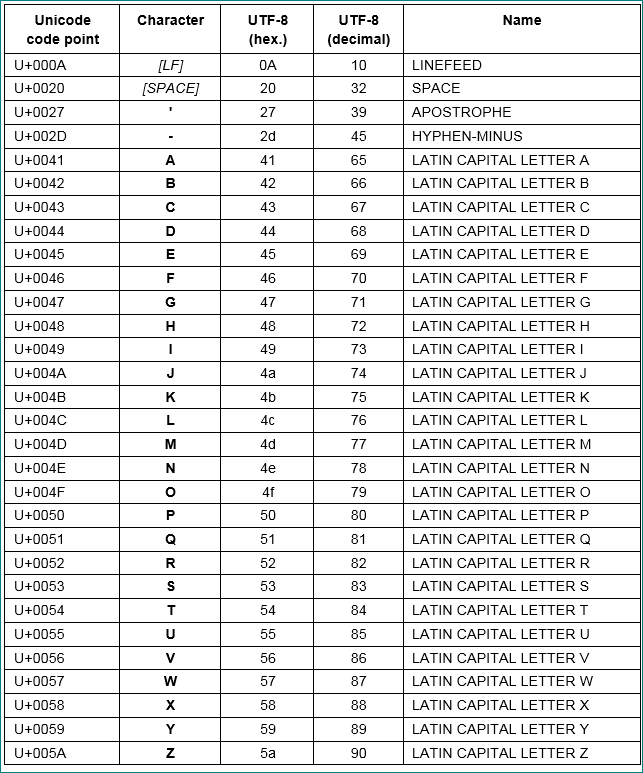 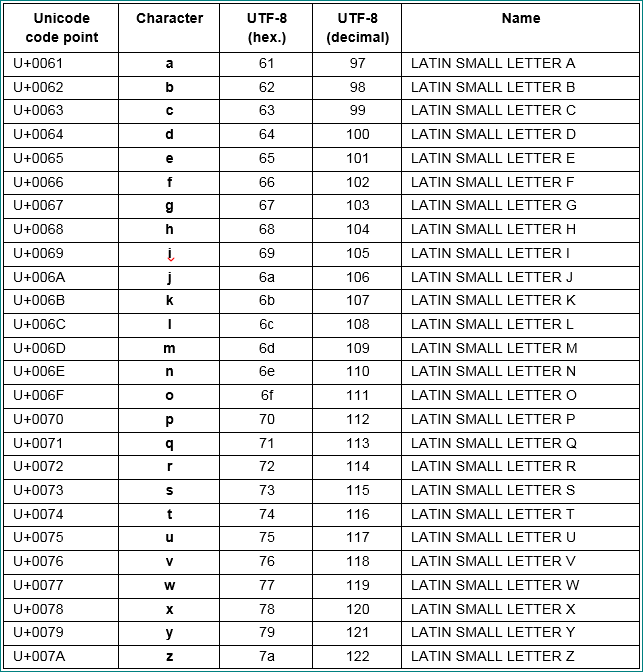